The Game of Thrones

Well for anyone who cares to read this, here are my (lengthy) thoughts now that I’ve had a chance to sleep on it.   I’ll start by saying I'm not sure I've ever been more hyped for an episode 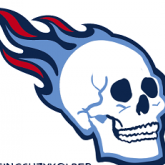 I loved the fact that Theon won his fight cause he has no dick. Haha