Julio on the sideline: load management, injury, or something else?

By NashvilleNinja,
September 26 in Titans and NFL Talk

This is such a non issue...

Much ado about nothing 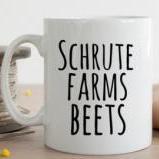 I’m thinking small injury that made Vrabel be cautious today.