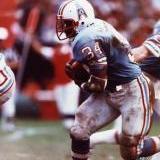 Must be a two year deal, one for each catch.

Must have made quite an impression on JRob!