She’s only in a hard place because she refuses to do her job. Fuck her... 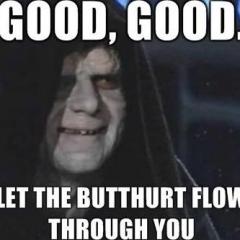