This country... can't even mourn an American Icon without fighting over her body and her seat. We are pathetic. 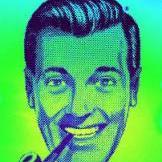 The ACA is the Republican health bill from the 90s. It's Mitt Romney's Republican law from Massachusetts in the early 00s.    Yet when Obama brought up the same law, suddenly it became a "go

I actually think it could be a good idea. The life time appointments were supposed to depolitize the Judiciary assuming both parties would use the powers of congress to vet potential judges and ensure